This news was announce in a statement signed by Managing Director of the club Mr Gerard Ankrah, Mr Opare Larbi will head the Public Relations department and that all issues regarding the club activities should be directed to him.

Mr Larbi is the Managing Editor of the official mouthpiece of the club (Hearts News) and also a regular voice on many Television and Radio sports programs in the Country.

The newly appointed PRO has been with the phobians since his youthful days serving and learning from the club.

His appointment starts with immediate effect. 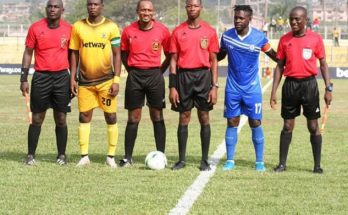